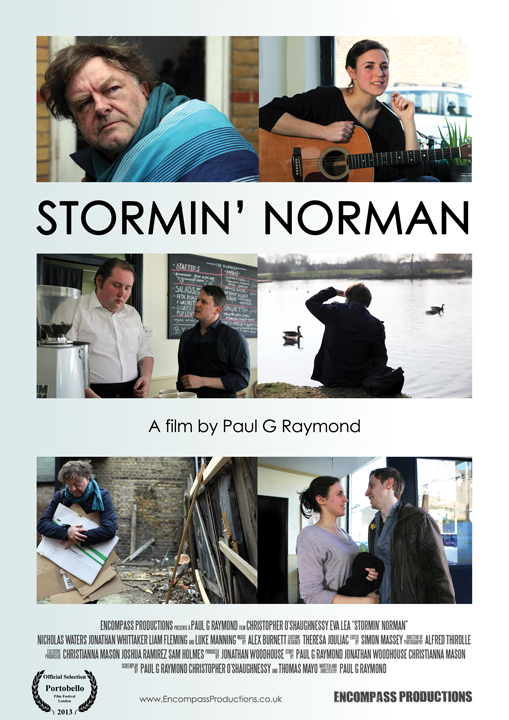 Stormin’ Norman follows Norman (Christopher O'Shaughnessy), a homeless man living in London. We journey with Norman through the ups and downs of his everyday life until he meets Sarah (Eva Lea), a young woman who dares to break the routine. A heartfelt comedy drama by writer-director Paul G Raymond, Stormin' Norman is a moving snapshot of an unlikely friendship between a grieving man and an aspiring musician.


Stormin' Norman is officially selected to be screened at the 2013 Portobello Film Festival having previously premiered at the Press Play House Third Thursday Film Festival.

This blog has an archive of all five days of shooting, each one written by a different member of the Stormin' Norman team. These blog entries provide an insight to the independent filmaking process and feature exclusive behind-the-scenes images and stills from the film.You'll also be hearing updates all about the different stages of post-production and the film's festival appearances.

POST-PRODUCTION UPDATE 1: NEW PROMO IMAGES, BEHIND-THE-SCENES AND WHEN TO EXPECT THE FIRST TRAILER

DAILY BLOG ENTRIES FROM THE SHOOT: