BUMPER UPDATE: EDINBURGH FRINGE 2011 IS OVER! 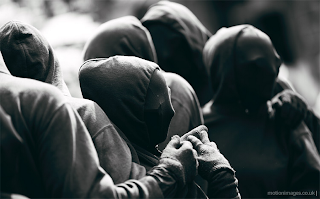 Flickr user: motion-images
That's right folks, after countless hours of rain-soaked flyering, performing, seeing amazing shows and generally tanking through the incredible spectacle that is the Edinburgh Festival, we are all back home wondering what to do with ourselves...just kidding. We've already had a meeting in Edinburgh about potential future projects, and will be going back into research and development soon! In the meantime...check out the mass amount of updates especially for you!

ENCOMPASS BLOG!
As you can see we have a brand new blog, so those with smartphones, iPads and all sorts of technical wizardry will now be able to keep up to date with Encompass when on the move, and even subscribe to our updates!

ENCOMPASS PATRONS
A big thank you to all those who have supported Encompass this past year. You now have a page of your own on our main website, and for those who were part of the Sponsume campaign your gifts are being sent to you this week! If you want to support Encompass, check out our Patron page here:
http://bit.ly/EncompassPatrons

BUY THE 'WHAT IT FEELS LIKE' ORIGINAL THEATRICAL SOUNDTRACK ON iTUNES
Composed by Alex Burnett, the acclaimed soundtrack from our debut production is available for purchase on iTunes at a bargain price! You can purchase tracks individually or the whole 17 track album here:
http://bit.ly/whatitfeelslikeoriginalsoundtrack

Thank you to the many of you who came to see our flagship show in London and at the Edinburgh Fringe, we were utterly taken aback by how much of a success it was - to have fantastic reviews and great audience numbers every day was a joy to behold, and something that any new company at the Fringe will tell you doesn't often happen! There certainly was a cult buzz about 'What It Feels Like' - we even had psychologists see the show! One audience member told us after our performance that he had a near-death experience when he was a child where he had been confronted with a black and a white door representing life and death, and had to choose between the two (very similar to the play). The performance affected him quite deeply in a positive way- finding some resolve in Nick, the protagonist’s, journey. The fact that he personally thanked us afterwards because it brought him back to his own personal experience was truly humbling. We've always felt this play was important, and this was a landmark moment after our months of research and rehearsal. 'What It Feels Like' is going to be put to bed for a while, but we're very proud of what we've achieved with it. Many thanks for your support!

WHAT IT FEELS LIKE' BEHIND-THE-SCENES AND PRODUCTION PHOTOS
-Rehearsal photos are now up on Facebook, click here
-Photos of us on the Royal Mile are here
-Spoiler-free production photos from London and Edinburgh: www.howareyoufeeling.co.uk
-Full album (minor spoilers) available here

ENCOMPASS AT THE EDINBURGH FESTIVAL FRINGE 2011!
Our comedic funsters SHOOT FROM THE HIP! were called upon by the folks at C venues to perform at various events to showcase their talent for improvisation. Paul even won the first IMPROVAGANZA of 2011, going up against some of the Fringe's best improvising talent! Our improv workshop was cancelled however due to the glorious rain and lack of children as a result...nevertheless watch this space for future developments! Sam Wynn and Jon also performed acoustic jazz at a number of events, and Dan was joined by both Charlotte Lewis (from fringe show Haverford West) and Sophie (from C venues) performing the best in acoustic pop. Speaking of music...

WHAT DO BATMAN, SUPERMAN AND THE MUMMY ALL HAVE IN COMMON? THEY ALL RETURNED...

Phew! That's all for this post-Fringe update...remember you can also join us on Facebook/Twitter/YouTube to keep connected daily. See you soon! 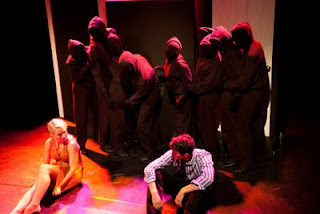