OUR NEXT THEATRE PRODUCTION ANNOUNCED // THE RESIDENCY - JANUARY EVENTS! // GET INVOLVED IN ENCOMPASS! // SFTH! SHOWS NOW FREE! // 'THE LADY' STILL IN CINEMAS

As we settle into 2012 Encompass has some fantastic announcements and events upcoming. In this latest news snippet we'll be talking about our next theatre production, our upcoming Residency events this month, free SHOOT FROM THE HIP! shows and opportunities for you to get involved with what we do. Read on to know all...


OUR NEXT THEATRE PRODUCTION!

Set during World War III, Who is Moloch? tells the story of three soldiers and a female civilian who barricade themselves, in an underground bunker, with a sleep-inducing drug, a two-way radio and a copy of A Midsummer Night’s Dream. As they await orders following a devastating attack on their base, tensions flare in their struggle for survival, whilst their grip on reality is put to the test as they slide into a surreal, imaginary world.

Following on from the fantastic success of our acclaimed 2011 show 'What It Feels Like', we're very excited to announce this next theatrical endeavour. To find out more information (including cast and crew opportunities!) please visit the 'Who is Moloch?' production page on our website. 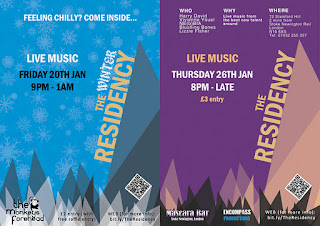 We've got not one but TWO live music Residency events this January, starting with The Winter Residency in Surrey on Friday 20th January and finishing off in London with The Residency at the Mascara Bar on Thursday 26th. Both events will feature the latest and greatest in upcoming talent, from BBC playlisted artist  Harry David to the magnificent Blushing Bones - it's all happening at The Residency! For more information on both events and the artists we have lined up visit The Residency page now! 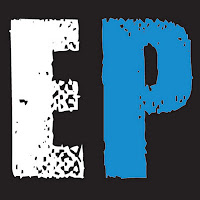 So you've signed up to our mailing list, follow us on all social media and have come to one of our many events and productions. You might even want to join us via a placement! But what else can you do to help?

Encompass is a non-profit organisation, which means that no-one in the company takes a salary and is a part of it by voluntary appointment. Like many arts organisations we're also currently non-funded which means that we have to fundraise all the money we need to run by ourselves - sometimes even putting our own money in!

Thanks to your support we're quickly approaching our second year anniversary as a company, but we still need your help! We've survived because of our supporters, our hard work and our Encompass patrons - so why not become one? Even the smallest donation (and we really do mean the smallest!) goes a long way and guarantees you cool exclusives like soundtrack CDs, posters and more. We have two productions that need help this year - our first production on film 'Stormin' Norman' and our newly-announced theatre production 'Who is Moloch?' by Pamela Carralero.

To find out more information and to donate, simply email us. You can also visit the Patrons page on our website. 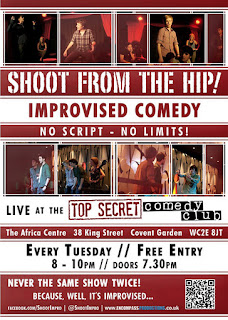 SHOOT FROM THE HIP! have been performing their own brand of off-the-cuff comedy at Top Secret Comedy Club in Covent Garden for a little while now, and can now proudly announce that their shows will be free - so now there's no excuse not to come along! For more information please visit the SHOOT FROM THE HIP! webpage.

'THE LADY' STILL IN CINEMAS!

'The Lady' chronicles the life of Burmese democracy leader Aung San Suu Kyi (Michelle Yeoh) and her husband Dr. Michael Aris (David Thewlis), with Jonathan Woodhouse (Encompass Founder and Artistic Director) starring opposite the pair as their eldest son 'Alexander Aris'. Directed by legendary auteur Luc Besson, the film is released today (December 30th) in the UK More information, images and trailers from the movie can be found at www.useyourfreedom.com. 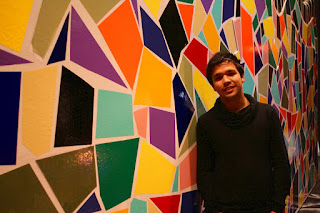 Founder and Artistic Director of Encompass Jonathan Woodhouse was recently interviewed in two parts by Philippine Generations on acting opposite Michelle Yeoh and David Thewlis in Luc Besson's 'The Lady', Encompass Productions, working at the Theatre Royal Stratford East and advice for those wishing to build a career in the arts. Check out the interviews at the Philippine Generations website by clicking below:

Part 1 - Interview on Encompass, 'The :Lady', Theatre Royal Stratford East & building a career in the arts