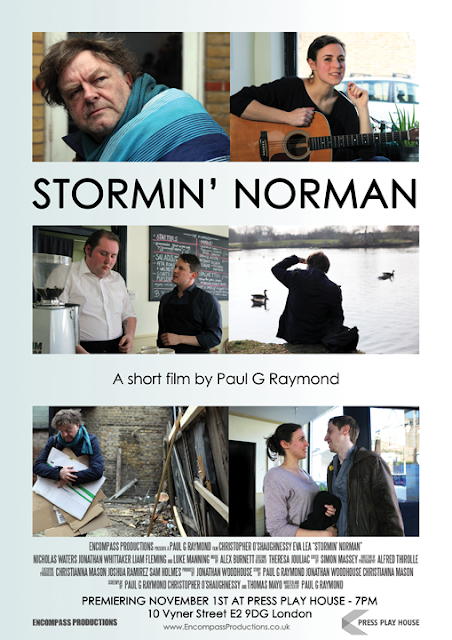 That's right - the time has finally come for Norman (and indeed Encompass) to make our film debut!

Stormin’ Norman follows Norman (Christopher O'Shaughnessy), a homeless man living in London. We journey with Norman through the ups and downs of his everyday life until he meets Sarah (Eva Lea), a young woman who dares to break the routine. A film by Paul G Raymond, it is a comedy drama centred on an unlikely friendship between a grieving man and an aspiring musician.

Stormin' Norman will be part of the First Thursday Film Festival at Press Play House in London. If the venue sounds familiar that's because that's also where our next theatre production Who Is Moloch? is taking place in the new year! This is just the start of Norman's journey on the festival circuit, so why not come down and see the film before anyone else? You'll even get to meet the cast and crew!

Don't forget you can go behind-the-scenes of the film by visiting bit.ly/StorminNormanBlog - you'll get blog entries from the shoot and post-production, along with photos and music previews from the film!

We hope to see you at the premiere!