It's time for a catch up! In this update we'll be letting you know everything we've been up to since our last production Who Is Moloch?, including the celebration of our third year as a company. We'll also look back at the show and give our first little hint as to what we'll be doing next... 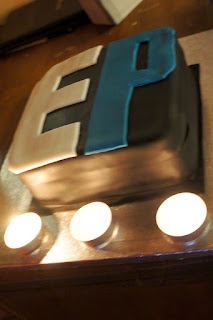 
30 live events, 3 productions and many memories later and Encompass turned three years old on the 25th of April! We'd like to thank everyone who has supported us so far, and promise plenty of great things ahead. This next year is certainly our most exciting yet!

Want to see everything what we've done in our three years? Check out our retrospective photo album Encompass - Our Story So Far...


In the near future, the leader of a theocratic political party announces the creation, and widespread distribution through the country's water supply, of AquaPuri 66: a formula which can eradicate every disease known to humanity, but which unknown to any save its Government backers also severely control brain activity, both thought and emotion.

We recently teamed up with Devolutions to help them make 'Theory', a short film made for the Sci-Fi London 48 Hour Film Challenge! Written by Adam Paul Hollingworth and directed by both he and Anis Alamgir, this production felt very "Encompassy" and so we were delighted to be involved. You'll see plenty of familiar faces including Andy Miller, Jonathan Woodhouse, Lily Carrie all from Who Is Moloch? and Christopher O'Shaughnessy (Stormin' Norman). You'll also hear Encompass composer Alex Burnett's haunting score. Check out the film below!

"The Uphill Struggle" - documentary and article on Encompass

"How does a struggling production company become successful?"


We were humbled to be featured in a documentary and article all about the challenges of being an emerging production company. The Uphill Struggle takes a frank and honest look at our highs and lows, our history and where we want to head next. Ever wonder why we're called "Encompass"? Now's your chance to find out!

Click here to see the documentary and read the article 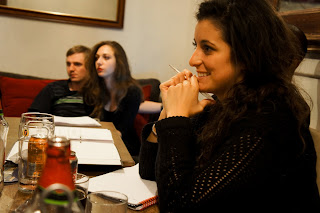 Rachael Owens, associate director of Who Is Moloch? and What It Feels Like has been made our new associate artistic director. Rachael is a founding member of Encompass and looks forward to her new role at a very exciting time for the company. 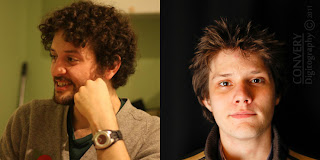 We're welcoming two new producers to the Encompass team, George Calderwood and Sam Holmes! George is a newcomer to EP whilst Sam previously worked as an associate performer and associate producer of the company. 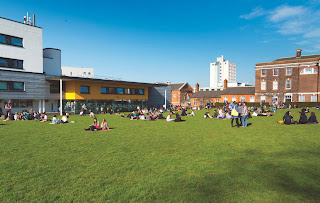 EP were once more invited to lead a seminar on forming an arts company to Theatre and Performance students at Goldsmiths. This was a chance for artistic directors Jonathan Woodhouse and Rachael Owens to reflect on our three years, the trials, the triumphs and to advise the next generation of emerging creatives. Here's what second year Peer-Assisted-Learning mentor and Theatre and Performance undergraduate Samuel Ben had to say:

"Designed to inspire...brilliant, open and honest. I wish to thank Jon and Rachael for their attendance and hope that their link with the PALs in the Theatre and Performance Department at Goldsmiths remains strong in the coming years."

Lancaster students interview us on the art of successful crowdfunding


Who Is Moloch? had the mysterious United Western Coalition watching over their soldiers...and little did we know that a group of students from Lancaster university were watching us - in particular the Who Is Moloch? crowdfunding campaign on Sponsume! Their economics module on social entrepreneurship meant that they had to follow successful campaigns and we were asked to be a case study.

You can check out their video interview with Encompass artistic director Jonathan Woodhouse here and their learning pack here. Gain an insight into what crowdfunding is and how powerful a tool it's become!

A look back at Who Is Moloch? by Pamela Carralero

Thank you to all who came to see Who Is Moloch? in London! Audience numbers were consistently good and we had a number of full houses, a rarity for any new show in a new venue on the London fringe circuit. The play moved many people and provoked some very interesting debates about the topics of World War III, Shakespeare and literature, psychotropic military drugs and of course who Moloch actually is!

During the course of the run we received positive reviews from several reputable publications:


Haunting...Who Is Moloch?' raises a lot of questions”
What’s On Stage
"Impassioned performances. Dark and complex...innovative."
The Londoneer
"A highly dramatic show with big deas"
Everything Theatre
“Poetic...tragic. Innovative, intelligent and interesting."
Views from the Gods


Thank you to all who helped put this show together (especially our patrons!), and to everyone that came to any of the Month of Moloch events and of course Who Is Moloch? itself! We hope to see you at our upcoming events and productions later this year!

You can listen to two tracks from the critically acclaimed soundtrack by Alex Burnett below:

Feast your eyes on these photo albums from our Facebook page:

AND FINALLY...WHAT ARE WE DOING NEXT? HERE'S A CLUE... 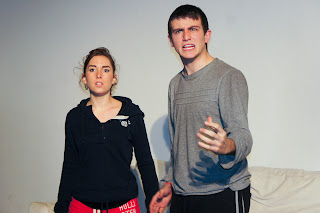 We will be announcing our next production very soon! In the meantime we hope you forgive us for giving you such sketchy details...