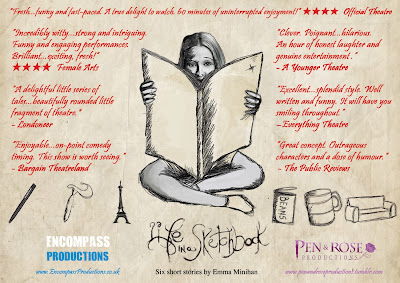 Life in a Sketchbook a hit! 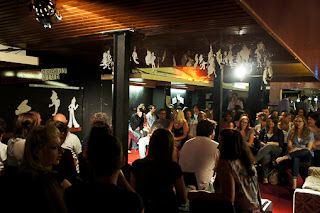 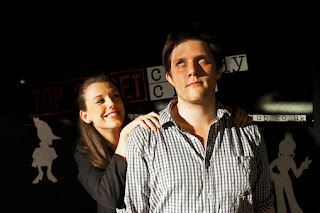 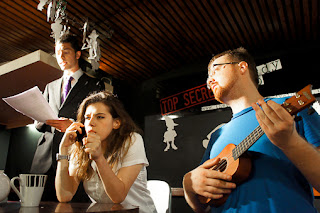 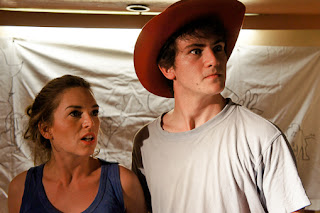 Written by Emma Minihan and directed by Encompass artistic directors Jonathan Woodhouse and Rachael Owens, Life in a Sketchbook was made in association with Pen & Rose Productions and was Encompass' first collaboratively-produced show. It was also a hit with the critics:

“Fresh...funny and fast-paced. A true delight to watch.”
★★★★ Official Theatre
"Incredibly witty...strong and intriguing. Funny and engaging performances." ★★★★ Female Arts
“Clever. Poignant....hilarious. An hour of honest laughter and genuine entertainment." A Younger Theatre
"A delightful little series of tales...beautifully rounded little fragment of theatre." The Londoneer
"Excellent...splendid style. Well written and funny. It will have you smiling throughout." Everything Theatre
"Enjoyable...really spoke to me. On-point comedy timing. This show is worth seeing." Bargain Theatreland
"Great concept. Outrageous characters and a dose of humour.”
The Public Reviews 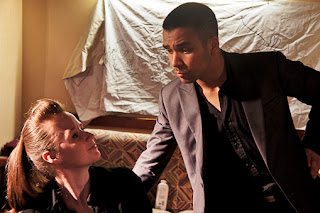 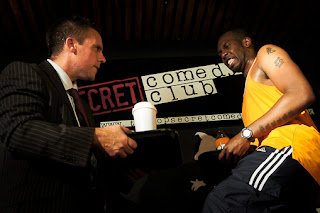 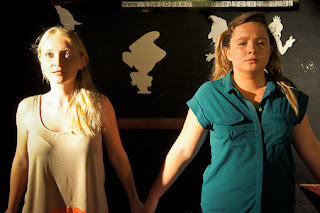 A massive thank you to all who came and made Life in a Sketchbook a big success! It's certainly been the most fun we've had on any production and we look forward to revisiting the sketchbook again in the future.

If you've enjoyed the wonderful photos above be sure to see the full album on our Facebook page! We'd also like to thank Jack Anthony Ewins who produced the beautiful artwork for the show - you can visit his website here.